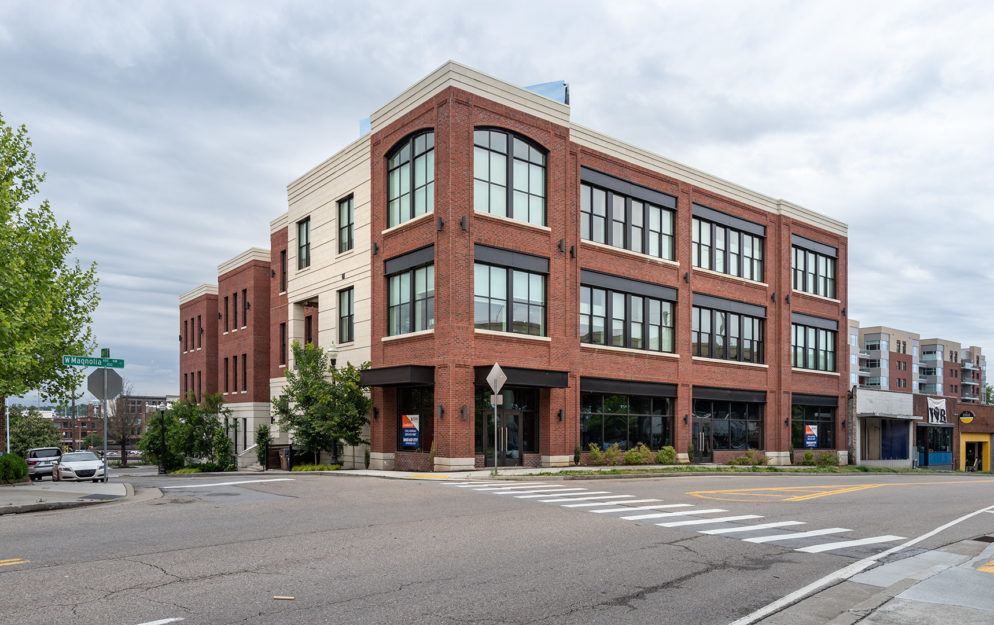 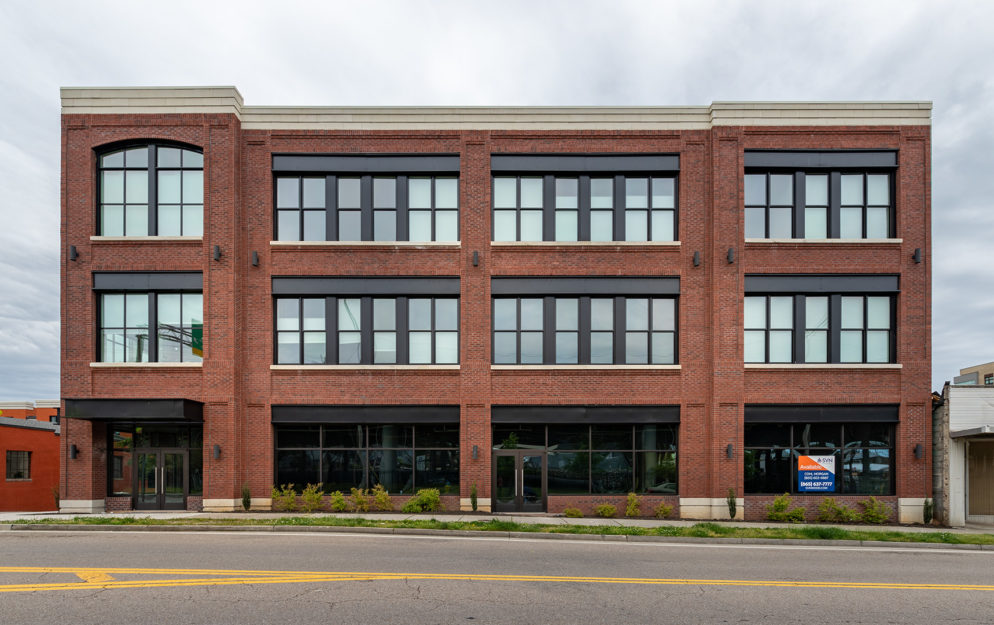 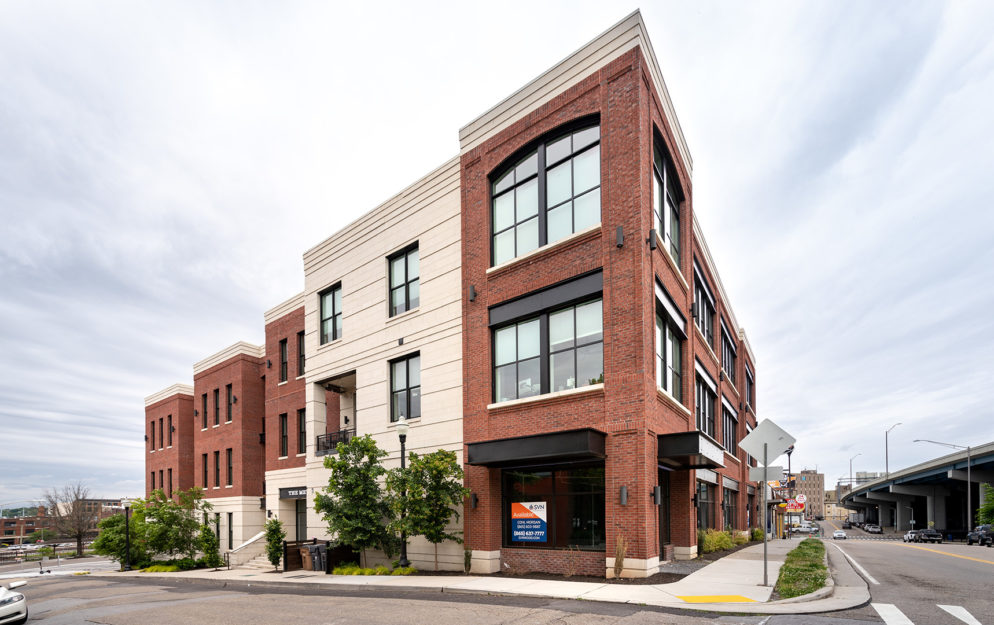 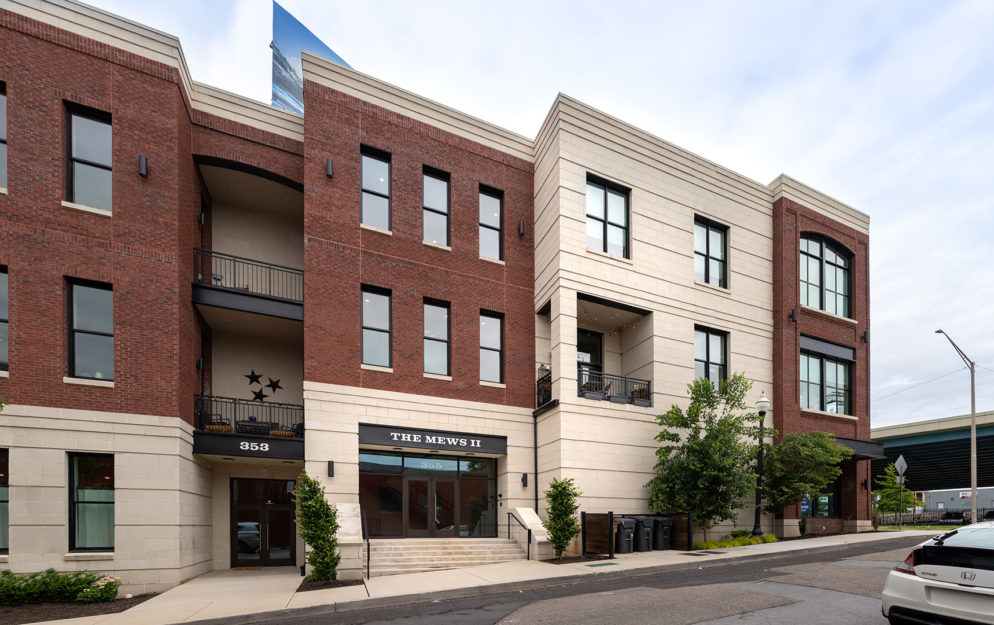 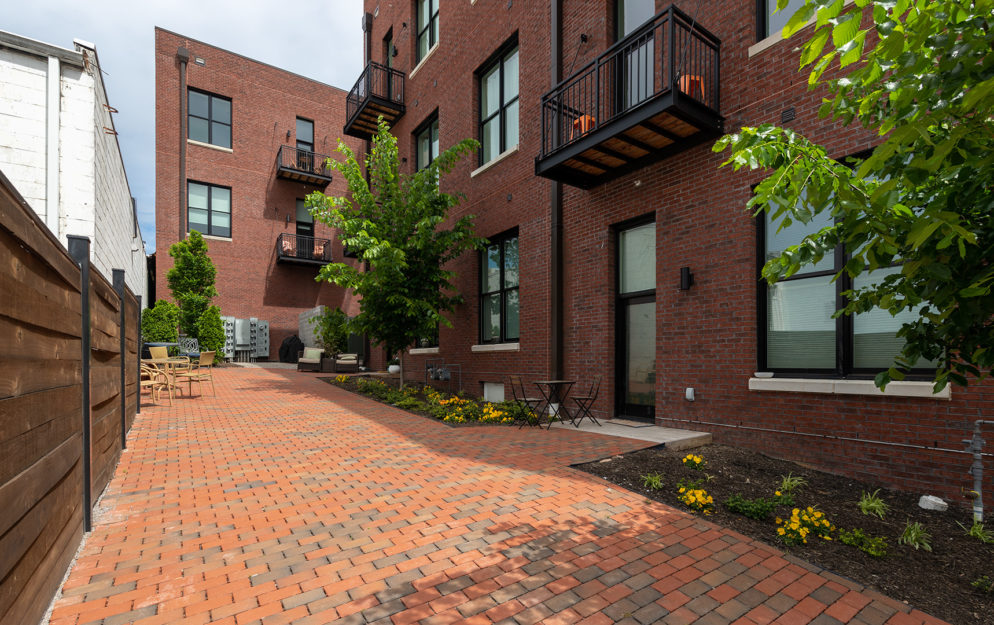 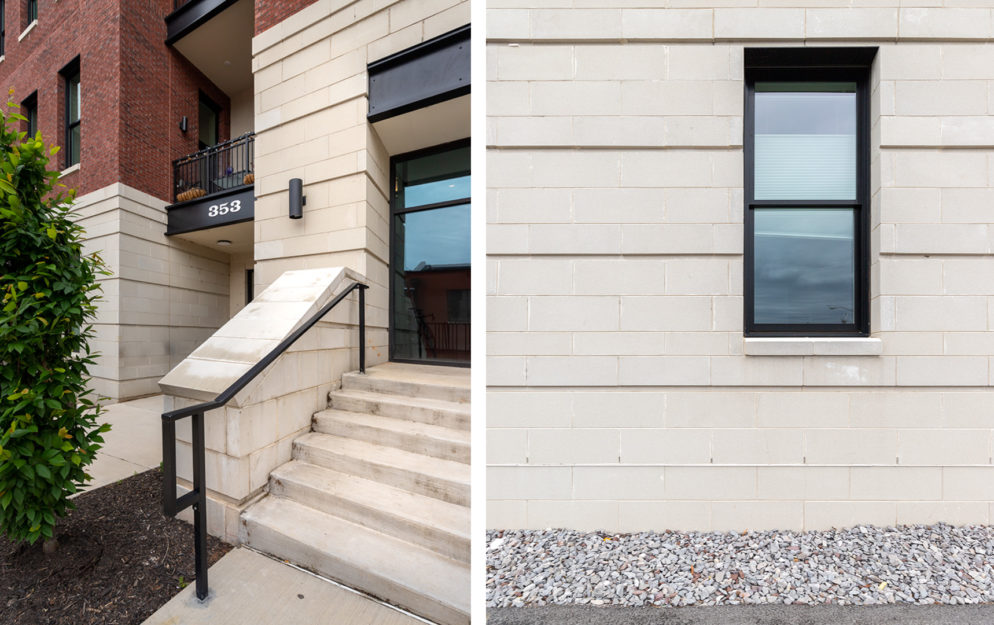 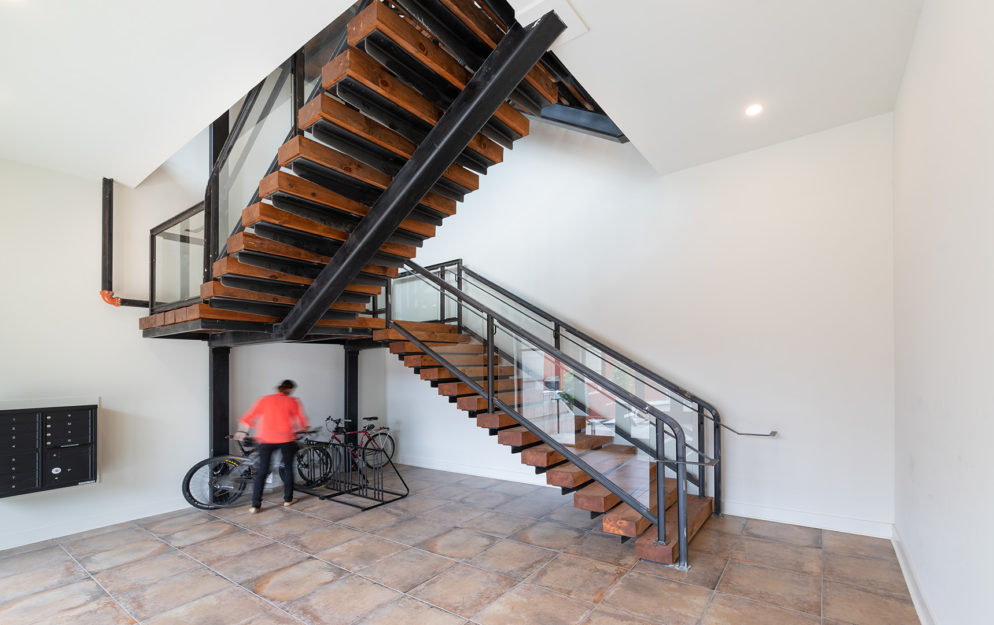 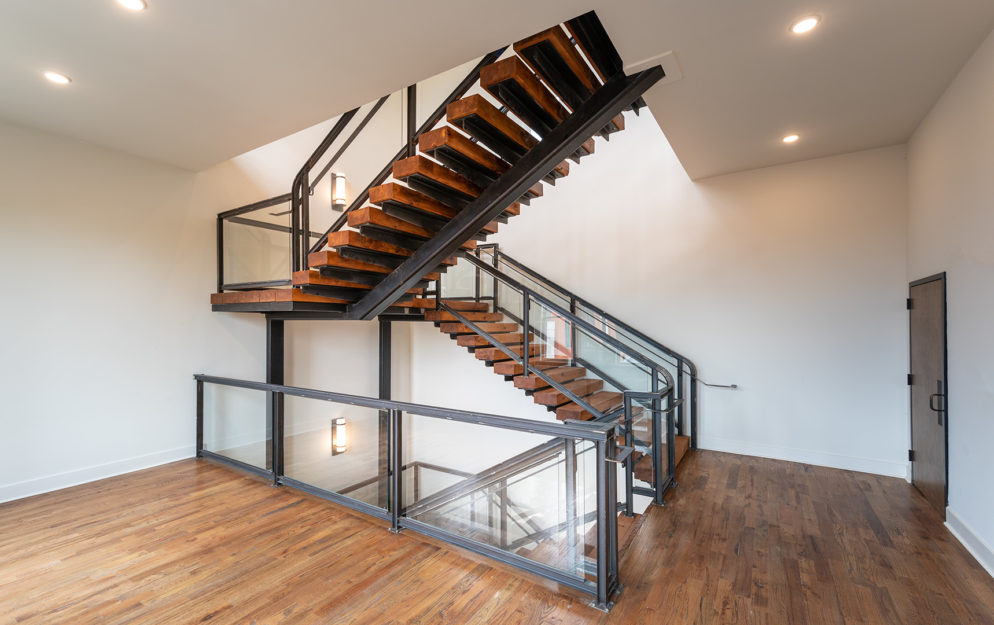 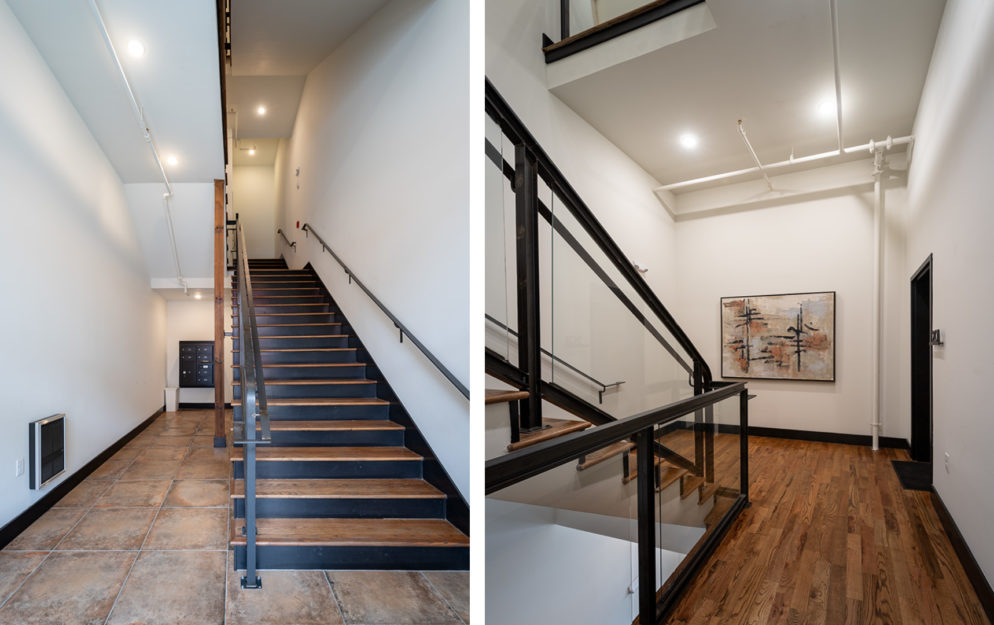 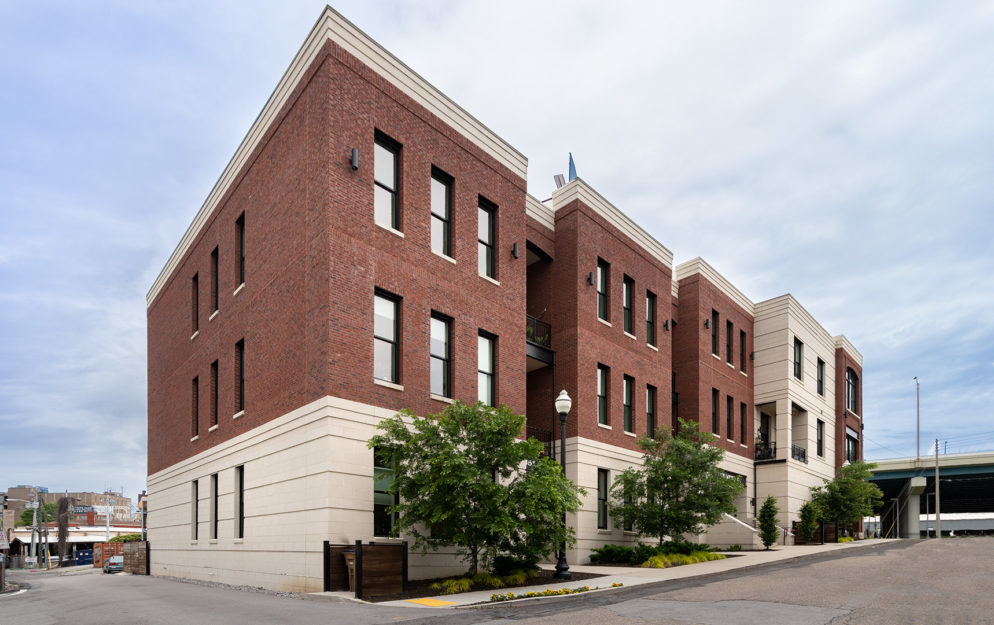 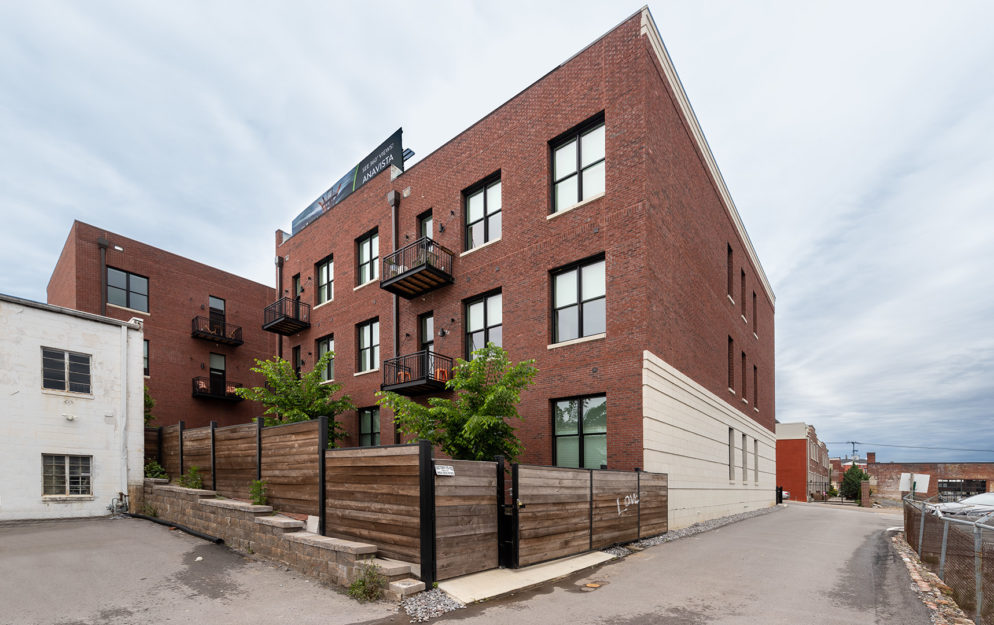 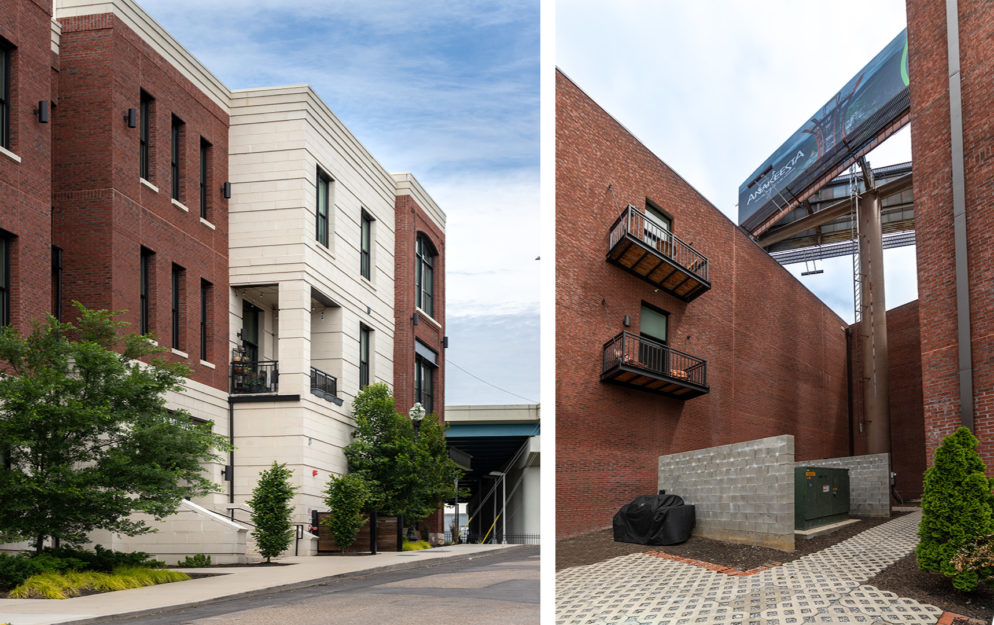 The Mews II development is bordered by streets on two sides, has a cross-slope of nearly ten feet and has a billboard located in the middle of the site. The billboard could not be removed, and therefore it became a permanent feature of the development.

Our client tasked us with creating condominiums with a brownstone-feel. The development contains two commercial spaces and twenty condominium units. However, this is simplified into eight residential unit plans, repeated within the building form.

The exterior design respects the historic context of the surrounding area. Along the primary street, the exterior masonry has traditional features, which streamline as the building wraps the perimeter of the site. Manufactured stone and steel accents complete the exterior façade.